7 Ways to Learn from Everyone

Learning from others will not only enrich your life, it will propel you along in your career. Avoid becoming a fossil.

In clear skies high above the New Mexico badlands…

He was the best student of his class. In two weeks, he’d graduate and earn his wings. Still, the syllabus directed that he flies, so we went out to play. As the instructor pilot, I planned that he would show me some aerobatic maneuvers and then I’d take the stick myself to put the thoroughbred jet through its paces.

We entered the flight area and I asked him to show me a barrel roll, the most difficult of the basic maneuvers, one that takes finesse. Think of rolling around the outside edge of a big pipe in the sky while you’re moving forward. I could predict from the setup whether the maneuver might succeed or would end in “barrel dive.” The dive often happened after the student rolled inverted three quarters of the way around the pipe.

He asked me if I’d care to show him one first, so I took the jet and executed a textbook maneuver. Nothing spectacular, though I hit all the checkpoints at proper speeds and angles. He took the jet and WOW! Where my barrel roll was good, his was sublime. I asked him to do another…then another. I took the jet and emulated his technique. After two years of demonstrating barrel rolls to students and grading their efforts, I’d finally learned how to take one from textbook to tremendous.

Schooled on the Corporate Business Model

A developer several levels down the org chart was interviewing a potential hire and I decided to step in for a few minutes and listen. She stopped talking, introduced me to the candidate, and asked if he had questions. He responded with, “What does your company do? I mean, what are the low-level nuts and bolts?”

Perhaps not the best question from a candidate, though I understood why he might ask. Our website only marginally explained our complex business model. A model I’d described many times to counterparts in other companies and sat through presentations by our marketing team and by our CEO. They’d developed a series of slides to explain the complexities.

In response to the candidate’s question, our developer walked to the whiteboard and drew a simple diagram that covered everything. It was a Eureka moment for me. In a few simple bocks, arrows, and bullet points, she’d done a better job of abstracting our business model than our savvy marketing team did with ten slides and professional graphics.

I was in awe. After the candidate departed, I invited her to draw the same diagram on my own whiteboard.

7 Ways to Learn from Everyone

I learned to execute the perfect barrel roll from a student and how to succinctly describe our business model from a junior engineer. The most valuable lessons can come from unexpected sources. Changes in business and life often come faster than the speed of sound. Absorbing information from others is key to remaining on course and advancing your career and your company. Use these 7 keys to benefit from your daily interactions with others.

Most import. If you can’t check this one off, don’t go further in this list until you can. Because, if you think you know everything, you’ll learn nothing. You know, old dogs. Keep an open mind or you’ll become fossilized.

View each meeting, casual discussion, coffee break or meal as a learning ground. Redeem the time. Every encounter counts.

Assume everyone around you can teach you something. If your assumption proves false, limit your interaction with that person in the future, though you can still learn from them: the what-not-to-do-or-say lesson.

Playing with your smartphone or engaging in other distractions signals to people that you think them unworthy of your focus. It also guarantees you’ll miss the full benefits of the interaction. Your loss. Don’t be rude. If you think your importance justifies acting like a jackass, return to number one above. Or, reschedule the meeting.

Make notes. Reengage that person if you want more information or require clarity.

Not saying to abandon friends or trusted colleagues who helped you up the ladder or through challenging times, but rather, choose carefully with whom you spend your time. Surround yourself with people who help you grow. I’ve read that we become the sum of the five people with whom we spend the most time.

A barrel roll can erode into a high-speed dive from which you must recover before you impact the earth or things attached to it. Complicated briefings need abstracting before the customer walks away in frustration and the potential contract crashes and burns. You can prevent both in your career by learning from everyone you encounter. Practice learning until it becomes a habit. It will. Pass that knowledge on. It’s an attitude that took me from the cockpit to the corner office. 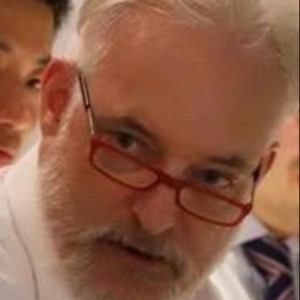 Enter the office arena armed and ready for battle